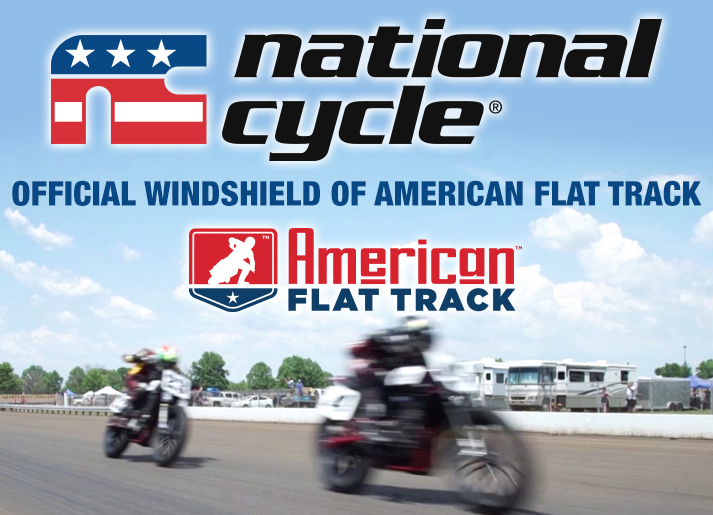 "We also send our employees to American SuperCamp racing school every year. You could say that we are an entire company of flat track racing fans. So we look forward to another exciting racing season and a successful partnership with American Flat Track."

This entry was posted in Company News and tagged American Flat Track, National Cycle Racing on March 18, 2020 by Herb. ← Previous Post Next Post →